The noble success of Pierre Robitaille

When Pierre Robitaille looks at Recycleur Duvernay, he can’t help but feel swells of pride looking back on the familial foundations that make the business what it is today.

In 1975, Pierre’s father Claude Robitaille took the first steps to open his Laval, Quebec, business while situated in a cozy trailer on the business’ lot. Those first few years were hard, but the dedicated businessman powered through and was able to form a loyal clientele and dependable auto recycling and used parts business in the then-emerging community.

“I was 13 or 14 years old when he purchased the business,” said Pierre. “I always enjoyed coming around or working part-time or odd jobs around the lot, just for fun.” Despite the fond memories, Pierre never planned to stay in the sector in adulthood. He set off for a career as a mechanic when the time came and spent a decade working in a General Motors dealership, all while his father continued operations at Recycleur Duvernay.

He admits to once having different ideas about what came with running a business, but after his stint in mechanics, Pierre was ready to give the business a try.
“I began to recognize the benefits of owning your own business,” he said. “But once I started working at Recycleur Duvernay full-time, I was hooked on auto recycling.”
It was 1991 when Pierre became a full-time fixture at Recycleur Duvernay. Around the same time, he began attending Association of Auto Parts Recyclers in Quebec (ARPAC) meetings, which he largely credits for nurturing his interest in the sector.

“Being part of the association has always been important to me.”
In 1997, the opportunity arose for Pierre to take full responsibility of the business. The mightiest task he recalls in those first few years as owner was the mission to transform the sector’s stereotype-riddled reputation. 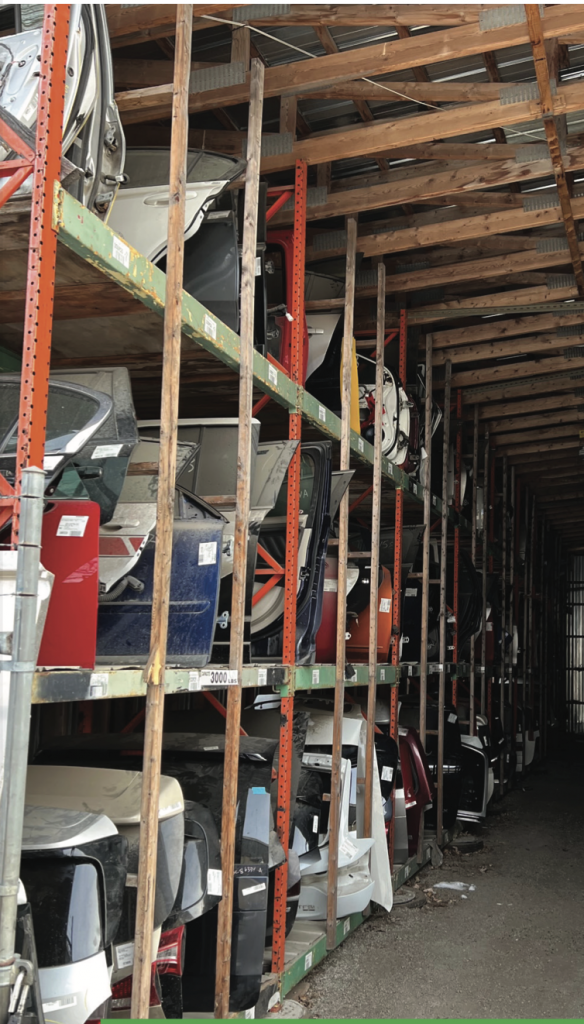 “Once I started working at Recycleur Duvernay full time, I was hooked on auto recycling.”

“It was a big, big job,” recalls Pierre. “We were always operating according to industry standards, it’s not like we were working outside the lines. It was more just about the general public’s image of us.

“We had to change the way we thought; change the way we train employees, change the way our employees dress. We had to relearn ways to answer the phone, the proper way to treat any customer—difficult or not. If you look back to how Recycleur Duvernay operated in the 80s or 90s compared to today, it’s a big difference, and that’s the same for many Canadian auto recyclers.”

Just prior to taking ownership of the business, Pierre was named to ARPAC’s Board of Directors. Sticking true to his roots in the sector, Pierre has played an integral role in the organization’s efforts, now serving as ARPAC president for a decade. 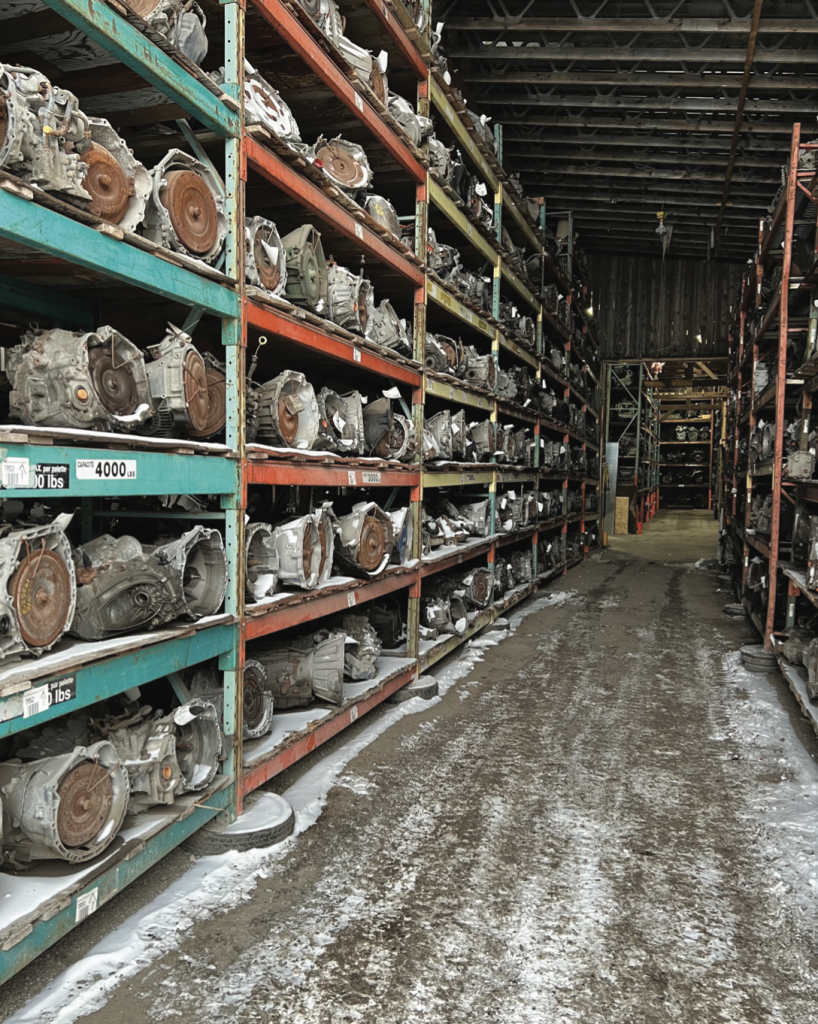 He says one of the most rewarding aspects of his ARPAC involvement is the work the organization does with the government.
“For the last two years we obviously have not been able to meet in person with individuals like the Justice Minister or the Office de la protection du consummateur (OPC),” said Pierre. “But I’ve always enjoyed having the necessary conversations with officials and having the opportunity to change things for the future market.”

Pierre says he never puts his best interest ahead of the greater good of the industry.
“I’m always thinking of the future members when making these calls, I’m never thinking of myself,” he told Canadian Auto Recyclers. “I always speak for everybody—I speak for the automotive recycling market in Quebec, even the whole of Canada, in some cases. When we change a rule, it’s for the greater good of everyone involved.”

One example, Pierre said, is the 3RV fee recyclers note on invoice totals, which revolves around efforts of waste reduction at the source, reuse, recycling and valorization. The program began in June 2017 and sees small charges—10 percent of a total invoice to maximum of five dollars—added to invoices issued by ARPAC member in the province. The contribution is designed to support investments and help lower the impact of end-of-life vehicles.

“It helps everyone involved,” said Pierre. “ARPAC truly does everything we can to help all our members thrive. Plenty of people are participating in the 3RV program now, and that’s just one of the initiatives we’re very proud of.”
True to the selflessness of Canadian auto recyclers, Pierre refuses to take sole credit for his success; he says the people that came before him paved the path for his team to be able to deliver the results they do today. 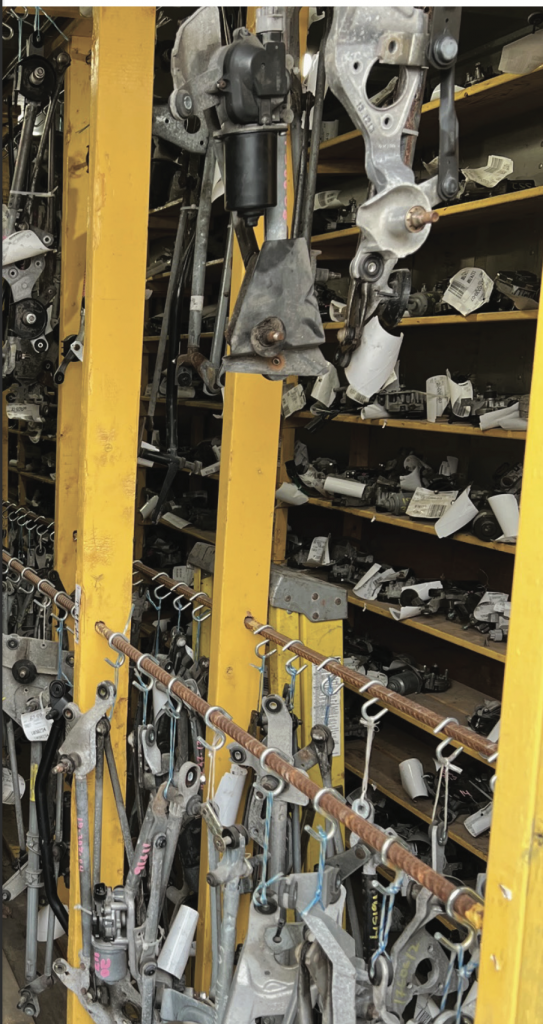 “I always speak for everybody—I speak for the automotive recycling market in Quebec, even the whole of Canada, in some cases. When we change a rule, it’s for the greater good of everyone involved.”

“The people that worked with my father, who are all between 70 to 90 years old now, they pioneered our market,” said Pierre. “They all had great qualities and ideas that set them apart. They are the ones that made it possible for auto recycling to be as it is today.”

Now Pierre and his industry colleagues will do the same for the next iteration of Canada’s auto recyclers.
“My sons work at Recycleur Duvernay,” Pierre stated proudly. “Samuel started here when he was 18 years old and he works as a parts seller and our director of sales. My other son, Nicholas, runs the backyard business. They joined me when they each turned 18; so Samuel has been here for 12 years and Nicholas, ten.

“I’m really proud of them, they’re doing a great job. We talk a lot together because I know their job is not easy. I’m sure they’re going to be here for a long time.”
Pierre’s wife, Sylvie is another integral part of the Recycleur Duvernay machine.

“She works in the accounting department. The whole family is part of the operation!”
With his sons now involved in the overall operations of the business, Pierre jokes that he gives it “two or three years” before they start to push their doting dad into retirement.
“I’d like to retire, I’m just not sure when!” he joked. “But even when I do, I would absolutely stay and work with ARPAC and work as a consultant, or something up that alley.

“I love this industry and, though we’ve done a ton of work, I always want to see it get better. There is so much on the horizon for auto recyclers in Canada—let’s just say I don’t plan to sit on the sidelines and watch it unfold.”