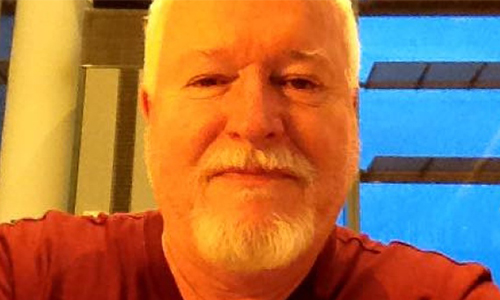 Toronto, Ontario — January 31, 2018 — The case against Bruce McArthur, who has been charged with the murder of five Toronto men, rests upon evidence provided by an auto recycler in Courtice, Ontario – records that would have been impossible to trace had the suspected killer chosen to go to one of the province’s unlicensed scrappers.
In September, when a man in his mid-sixties arrived at Dom’s Auto Parts and sold his scarlett Dodge Caravan for $125, owner Dominic Vetere did not think anything was out of the ordinary. It was, after all, a normal sale from a polite man who seemed relaxed. As with every one of his drive-in sales, however, Vetere made sure to use a security camera, sign the ownership documents, register the vehicle’s unique VIN code and photocopied everything for good measure.
On October 3, as police canvassed local businesses that bought end-of-life vehicles, those records proved vital to confirming that the scarlet minivan in their yard had been sold by the man police suspected for the crime.
“After checking the VIN, we were able to figure out when the sale was made. ‘That’s our guy,’ the police said as we looked back over the security footage of the sale,” Vetere recalls. “Had he gone to an unliscensed scrapper, that all that information could have been totally lost.”
Not only did Dom’s Auto Parts records allow them to confirm that McArthur had been the man who sold the vehicle, they also allowed police to find the purchasers of the one part of the car that had been resold – the speedometer.
It would not be until last week that Vetere was told why the vehicle was of interest to the police, but he had reason to suspect something sinister had happened – not only had his staff all been swabbed so that their DNA could be discounted from evidence, but police asked Vetere to haul the vehicle off to their downtown office where they told him they were able to detect found trace amounts of blood in the vehicle.
“I have worked with police on a few hit-and-run cases over the years,” says Vetere, “but I have never had them asked to take a car – of course I said yes.”
While Vetere is happy his records provided police with evidence to support the crime, the revelations about the accusations against McArthur hit quite close to home.
“Andrew Kinsman, one of the guys who went missing, was an occasional client. When our staff saw his picture in connection to the case we had been helping with, it was a shock.”
Facebook
Twitter
LinkedIn
PrevPreviousARA at 75: greener, not meaner: ARA logo rebrand celebrates new environmental direction
NextB.C. repair shops argue used parts are important piece in fixing ICBC financesNext