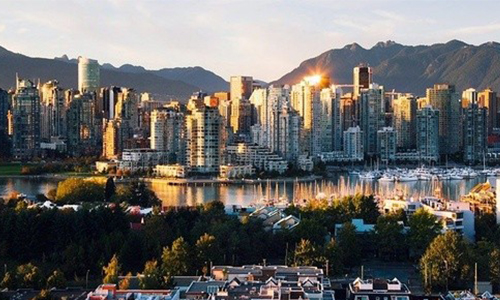 Vancouver,  British Columbia — January 31, 2018 — B.C.’s auto-repair sector said Wednesday that it wants to play its part to fix the so-called “dumpster fire” of ICBC’s finances, but argued it wasn’t part of the problem that got the public-insurer in trouble.
The auto-repair sector was singled out in Monday’s revelation that ICBC is projected to run a $1.3-billion deficit, with figures that showed repair costs have soared by 30 percent over the last two years.
Attorney-General David Eby, who coined the phrase”dumpster fire” to describe ICBC’s finances, said Monday that autobody repair costs have to come down as part of the solution.
Repair shops have little control over those rising costs, said Ken McCormack, CEO of the Automotive Retailers Association, who argued they’re driven more by increasing prices for parts, which increasingly contain special materials and sophisticated sensors for features such as crash-avoidance systems.
The high price of parts can push the cost of a simple headlight repair up to $10,000, McCormack said.
“We don’t want to be accused of that 30 percent increase because we’re not getting it,” McCormack said of his members. “Our labour rates haven’t changed,” citing figures on ICBC labour rates that have increased only five per cent over the last eight years.
In a pre-emptive bit of lobbying, the Automotive Retailers Association, which represents some 1,000 autobody and repair shops, automotive salvagers and recyclers, rolled out a set of recommendations Wednesday that they contend will help reduce costs.
Those include changing government and ICBC policies around the disposal of written-off car wrecks to give local salvagers preferential access to less-expensive, “like-new” replacement parts and allowing the industry to operate under its own certification standards, which the association argues would reduce administrative costs at ICBC.
Eby touched off a storm of accusations and finger-pointing Monday when he dropped the bombshell of ICBC’s deficit and warned that significant action would have to be taken to prevent an increase of at least $400 per year for insurance.
In an emailed statement, Eby said he’s met with the autobody repair sector among the other interest groups he has talked to on matters related to the deficit, but didn’t respond to specific questions about the recommendations the association unveiled Wednesday.
The province has commissioned an independent review of ICBC’s finances by accounting and consulting firm PwC, and Eby said the repair sector will be part of that operational review.
“For now, I can tell you that we are working on solutions aimed at keeping rates affordable and improving medical care for those hurt in minor accidents, while ensuring ICBC delivers improved financial certainty and sustainability,” Eby wrote.
McCormack said there have been comments in the media about government not being surprised if auto-body shops were over-billing ICBC. However, McCormack said ICBC’s own Mitchell Collision Repair and Claims Management computer program, which unilaterally specifies what labour costs should be for specific repairs, makes that difficult.
“If there are shops over-billing, ICBC needs to crack down on those shops,” McCormack said. Otherwise, McCormack said margins on autobody repairs are thin and autobody shops are “as lean as we can possibly (be).”
The rates that ICBC pay, which run from $79 per hour for bodywork, $90 for frame repairs and $100 per hour for mechanical work, are among the lowest in the country, McCormack said. By contrast, he pointed to Saskatchewan, which has seen a 33-per-cent increase in rates over the last eight years, that pays $99 an hour for bodywork, frame and mechanical repairs, and $139 per hour for paint work.
Shops do try to source “like-new” used parts to make repairs, but it’s becoming increasingly difficult, McCormack said, so getting preferred access to more used parts from ICBC’s own auctions of written-off vehicles could also save the insurer millions.
To replace a headlight on a 2014 Mercedes e350, for example, a new part would cost $3,200, versus $1,500 recycled, McCormack said. A new steering wheel on a 2012 Toyota RAV 4 would cost $1,600 versus $450 recycled.
Facebook
Twitter
LinkedIn
PrevPreviousSigned and sealed: Recycler records help police arrest murder suspect
NextEuropean Union figures show Canada lags behind in ELV recyclingNext