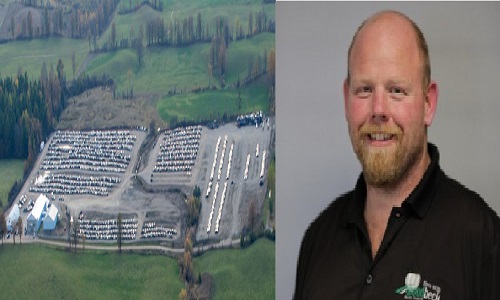 In 1939, the automotive industry was completely different from what it is today. Gas was 19 cents a gallon, car sales had just begun to increase again and Woodbeck Auto Parts opened their doors for the very first time.

“Started in ’39 by my grandfather, purchased by my father in ’78, and I joined in ’99,” Greg Woodbeck proudly told Collision Repair. “Hard work, willingness to change and adaptability is what keeps us open.”

Not only has Woodbeck been around long enough to witness the automotive industry evolve, but they’ve bore witness to massive changes auto recycling industry too.

“It’s become more data-driven. Information technology is king. I know that is the biggest change since I’ve been here,” said Woodbeck. “I can see it continuing to evolve as vehicles become more advanced and autonomous.”

As the mechanics of cars continue to evolve and advance, Woodbeck Auto Parts is prepared. Over the years, they’ve made huge strides to keep up with ever-changing technology, from completely computerizing their operation in the ’80s and creating a “voiceline” system to communicate with other recyclers.

In 2015, Greg was acknowledged for his dedication to advancements by becoming a board member of the Ontario Automotive Recyclers Association, following in his father’s footsteps.

“My dad was also a chairperson. So this makes me a second-generation chairperson,” Woodbeck told us.

With Woodbeck’s new position, he told Collision Repair in 2015 during his election that he wanted to tackle the “numerous issues facing the industry.” Currently, Woodbeck believes employment and training have been key issues.

‘It’s constantly moving and evolving so we don’t have any industry specialized training per se, so we have to do it from different avenues,” said Woodbeck. “We have to piece-meal our training together and build our own system.”

From adapting to automotive advancements to finding innovative solutions to key industry issues, it’s clear that Woodbeck Auto Parts will be ready for whatever the next 80 years of auto recycling throws their way.