Fenix shareholders to vote on Merger with Stellex 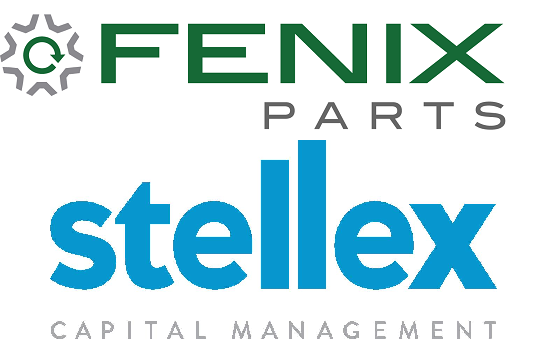 Toronto, Canada — March 10, 2018 — Fenix Parts, a leading recycler and reseller of OEM parts and automotive products, has announced it will host a special stockholders meeting to approve the company’s purchase by Stellex Capital Management. On April 9, shareholders will vote on whether to accept a deal that would see them paid US$0.40  – about  $0.51  –  per share.
Under the terms of the deal, a Stellex-controlled affiliate will acquire the company for $0.51 per share in cash along with the assumption of more than $51 million in operating and long-term liabilities, including $42 million of indebtedness. The per share cash consideration under the merger represents a 56 percent premium on the 60-day volume-weighted average stock price, and was unanimously approved by the Fenix board.
The meeting will take place at 9am local time in the Two Westbrook Corporate Centre, a conference center in Westchester, Illinois. Stockholders may also vote online, by phone or by mail.
Fenix chief executive officer, Kent Robertson, said “We are pleased to announce this definitive merger agreement with Stellex following a long and exhaustive strategic review process, which included multiple offers from both strategic and financial entities that ultimately fell apart.”
Fenix’s financial condition has been precarious due to a fire at the company’s Toronto facility last year which had left it short on funds, ultimately limiting its car buying power.
Earlier this month, news had broke that Upstate Shredding, a U.S.-based firm, had made an unsolicited offer to buy Fenix’s shares. After consideration, the board concluded that pursuing the offer, and the related lengthy due diligence process that would ensue, would jeopardize the advanced negotiations with Stellex.
“Due to all of these factors, the board believes this offer from Stellex represents the best opportunity for shareholders to maximize value,” said Robertson.
The Stellex offer followed months of extensive negotiation and due diligence, giving the board confidence that the proposed transaction with Stellex provided a better alternative for the company’s stockholders.
Fenix has also announced the resignation of two board members. After voting in favour of the merger, Thomas O’Brien stepped down due to a potential conflict related to his pending acceptance of another position at an industry-related company. In addition, Clayton Trier, a member of the Compensation Committee and head of the Audit Committee resigned two days earlier for what are described as personal reasons.
For more information visit fenixparts.com.
Facebook
Twitter
LinkedIn
PrevPreviousFenix Parts confirms unsolicited offer from Upstate Shredding
Next2018’s Canadian Auto Recycler magazine arrivesNext