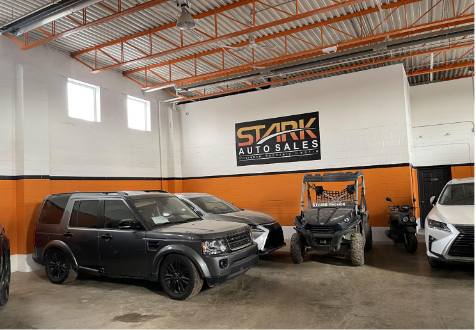 With a beautiful website filled to the brim with high quality photos, Stark Auto Sales’ webpage is as engaging as the company it was built for. A family-owned business based out of Toronto, Stark began as a scrap dealer before transitioning into a service for auto parts. Since then, Stark has become a full-service insurance recovery centre, establishing key contracts with major insurance companies and a nation wide presence.

As insurance estimates for repairs continue to climb, more and more reparable cars end up being scrapped. It’s not that they can’t be fixed but rather that they are deemed too expensive and not worth it.

Stark’s response has been to develop a comprehensive service for repairing and reselling the vehicles or recovering the parts for use among auto recyclers. Stark’s innovation and combination of both analytic and hard-earned intuitive understanding of its various clients’ needs have allowed them to become industry leaders in solutions for pick-up and storage management.

Stark’s insurance recovery process is simple. Once an insurer has written off a vehicle, the insurer can use custom software to dispatch the vehicle for Stark to come pick up. Stark picks up the vehicle from the bodyshop itself, fronting any towing and storage cost after attempting to lower such costs through negotiation. With its growing clientele list and relationships on the ground with the shops themselves, the promise of professional partnerships and expanded volume makes negotiating these deals much easier. Once the vehicle is settled with the insurer, Stark buys it from the insurance company, minus the previously mentioned fronted costs.

After purchasing the vehicle they either fix it up or strip it for parts and scraps. The vehicles they restore are often sold by retail, but it is the weekly auctions that get them the most attention. 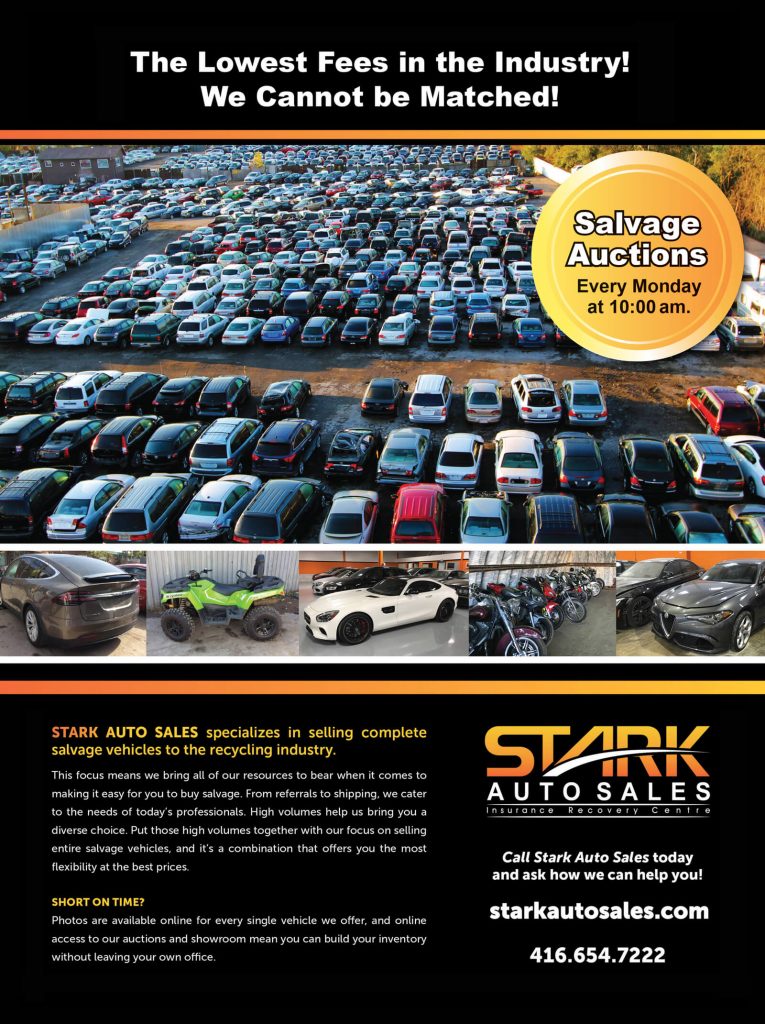