Charity and auto recycling go hand in hand at Standard

David Gold accepts a plaque confirming him as President of No Poverty No Disease No War, 2021-2023.

It’s never a dull moment at Standard Auto Wreckers. No matter which location you visit, you’ll always be met by a friendly face and a full inventory of parts to peruse.

Standard Auto Wreckers touts three locations: one in Port Hope, Ontario, another in Ottawa and the company’s original site of operations in Scarborough, Ontario.

In summer 2021 Standard owner David Gold was honoured by Port Hope, Ontario, Mayor Bob Sanderson for Standard’s work in the community. “In 2014 we began discussions [to open a Standard Auto Wreckers location in Port Hope], and it’s only been positive since then,” said Sanderson. “The municipality is growing its focus in environmental efforts and there’s no better example than what you folks have done here.”

Standard is no stranger to philanthropy; in 2021 Gold was named President of No Poverty No Disease No War, a Canadian charity that brings awareness to ongoing challenges of hunger and poverty; access to medical and health support services as well as the effects and aftermath of persons impacted by war and disasters. Since 2020 the charity has hosted No Poverty No Disease No War day, which takes place annually on August 1 and calls for a collective cease-fire in an effort to make the dream of peace on earth a reality.

Another Standard initiative is the company’s tree-planting project, which sees a tree planted for every customer that sells Standard their old vehicle. Through its CharityCar.ca program, Standard has donated hundreds of thousands of dollars to more than 150 local charities. Standard also partnered with 10,000 Trees, an all-volunteer nonprofit tree-planting group in 2020 after working alongside the organization for more than a decade.

Gold has no plans to tap the brakes on completing good deeds. Just as it has since 1979, Standard Auto Wreckers will continue to serve its clientele with top-notch service, hospitality and auto parts, all while spreading the pride of auto recycling through via the goodness of charity. 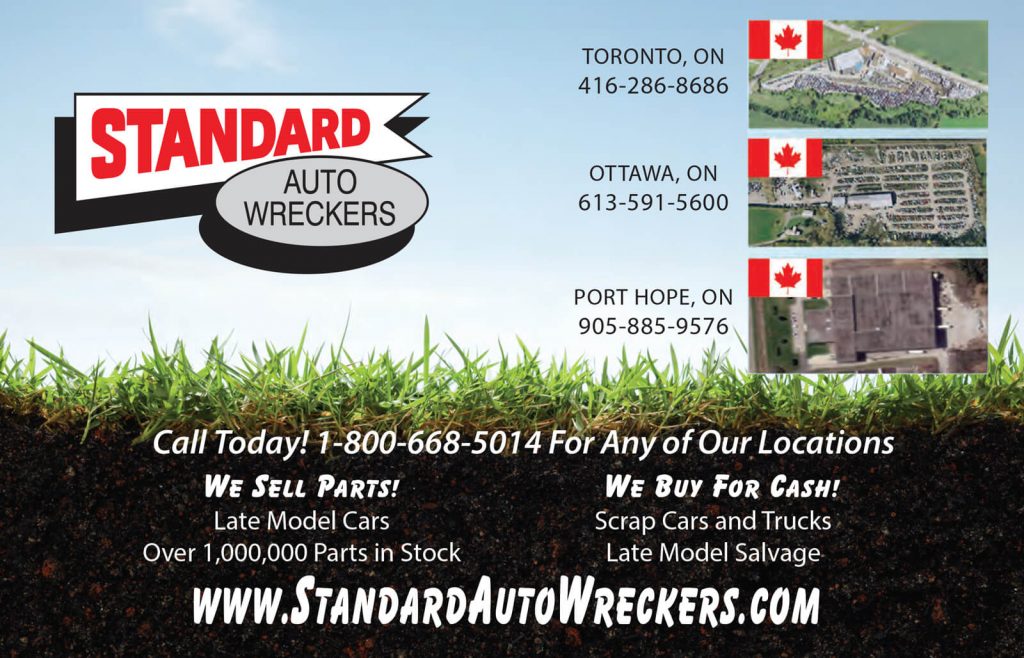