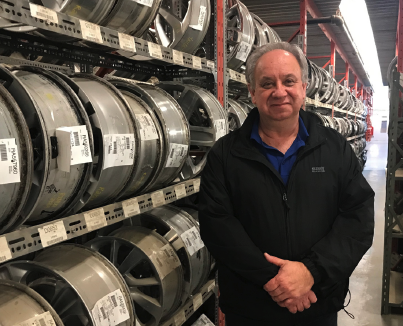 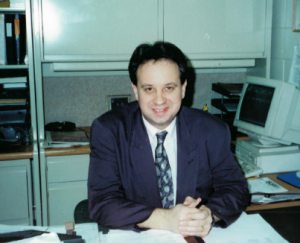 “To give a little perspective, 1987 was the 11th year in a row the ‘Riders missed the playoffs, it was a period pre-dating gender sensitivity in our job titles, and Verne still had flowing feathered locks. We’ve all come a long way!” said Ryan Smith, VP of SK Claims and Salvage Operations. Verne turned an opportunity as a part-time parts man into permanent employment as a parts person, and steadily promoted through the ranks over the next decades. Verne uprooted his wife Lorna, daughter Candace and son Cameron, an Adjuster with SGI CANADA, in 1992 for an opportunity in management as the Manager of SGI’s Yorkton Salvage branch. Then, in 1995, he was able to bring the crew back home when he became the Manager of SGI Salvage Sales in Regina.

Fast forward to 2014 and Verne got an opportunity to take over as Director of the Regina Salvage branch, and then jumped again to Director of Provincial Salvage Operations in 2019. As anyone who works with Verne knows, he is fiercely proud and dedicated to the Salvage area and our people.

“Early on I heard Verne say what has come to be my favourite of his quotes: ‘Find a way to say yes.’ And that approach has made its way into the service he and his teams deliver,” said Smith. “Salvage has long had a passion for the customer experience that I would say was ahead of its time. In fact, it’s one of the things I’m most proud of when I think about Salvage and I see as a piece of Verne’s legacy. Vehicles have changed an awful lot since Verne’s glory years in hopped up MOPARs, spreading rubber all over the city’s parking lots. And while the changes keep coming, I’m really confident that he’s leaving the department set up for success in the future.”

But it’s also the right time for Verne. Over the last years he’s continued to set up his place at Grandview Beach on Last Mountain Lake for both retirement and the next generations. His kids are married—Cameron to Regan, and Candace to Chuck—and he’s been learning the fine art of grandfathering to young Emma, with another grandchild now on the way. He’s earned some time off with the family. Michele Morrison, Director of Salvage Admin & Finance, has worked with Verne since she moved to Salvage in 2016.

“Verne has been very welcoming to me and has willingly shared his vast knowledge of SGI Salvage operations. I will miss being able to walk down the hall to Verne’s office to get the answers I need! SGI and the entire Salvage team congratulate Verne on his retirement and thank him for his service to and leadership of SGI Salvage over the past 35 years. 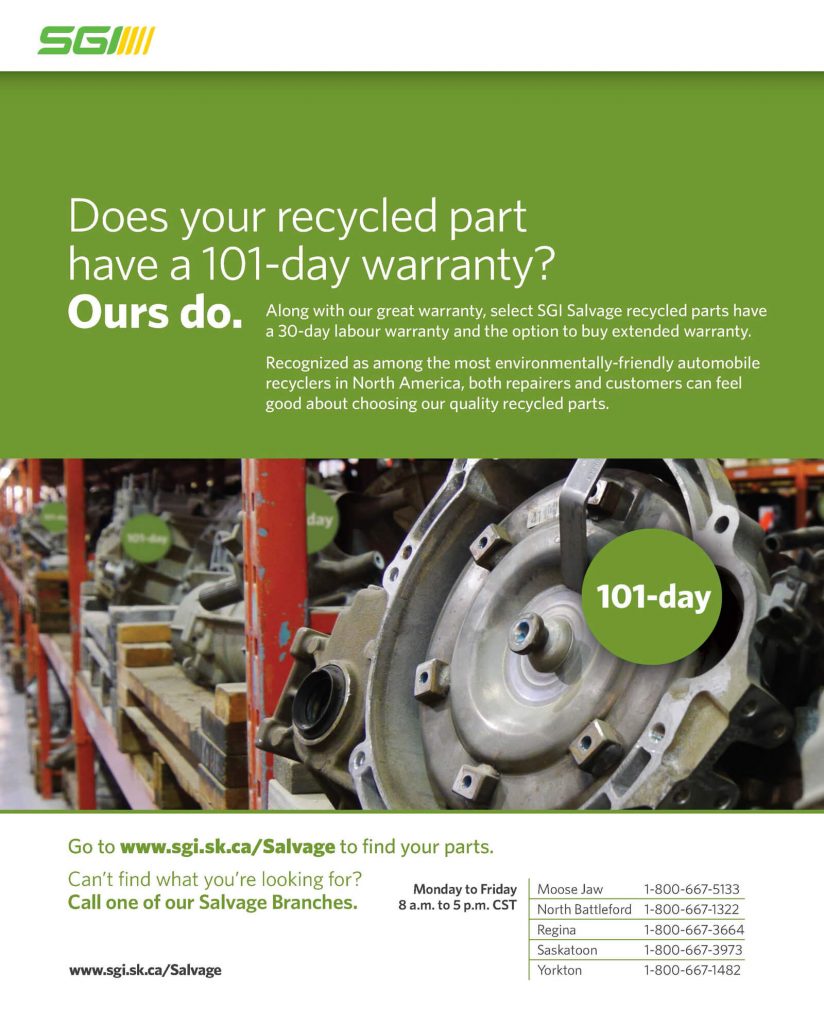