True to his track record, Andrew MacDonald has been a busy man. The president of Maritime Auto Parts, co-owner of Fix Auto Truro and all-around businessman had a lot on the go in 2021—and 2022 will be no exception. “This year marks Maritime Auto Parts’ 90th anniversary,” he told Canadian Auto Recyclers. “And we love being able to have a reason to celebrate.”

Prior to MacDonald family ownership, Maritime Auto Parts had been owned by Basil Mackay and Harry Marsh, from 1974 to 1988 and before that, was owned by the Fillmore family—Ronnie Fillmore and his father Ray Fillmore, who established the business in 1932.

Maritime put on quite the show for its 80th anniversary in 2012, hosting an open house and charity BBQ—which featured Ed MacDonald, the previous co-owner of Maritime and Andrew’s father, in a dunk tank as the entertainment.

While things are a little more touch-and-go regarding grand-scale celebrations, Andrew is hopeful they’ll be able to host a grand 90thanniversary celebration come summertime.

He attributes much of Maritime’s recent success to his staff. “My wife and I had a baby last February, which required me to lean on my management team a little more,” he said. “It was a good lesson, honestly. I buy the cars, feed the machine and all that, and the managers take care of the rest.”

And in regard to the business’s 100-year anniversary just a decade away, Andrew says he’s feeling calm, cool and collected. “No pressure, right?” he laughed. 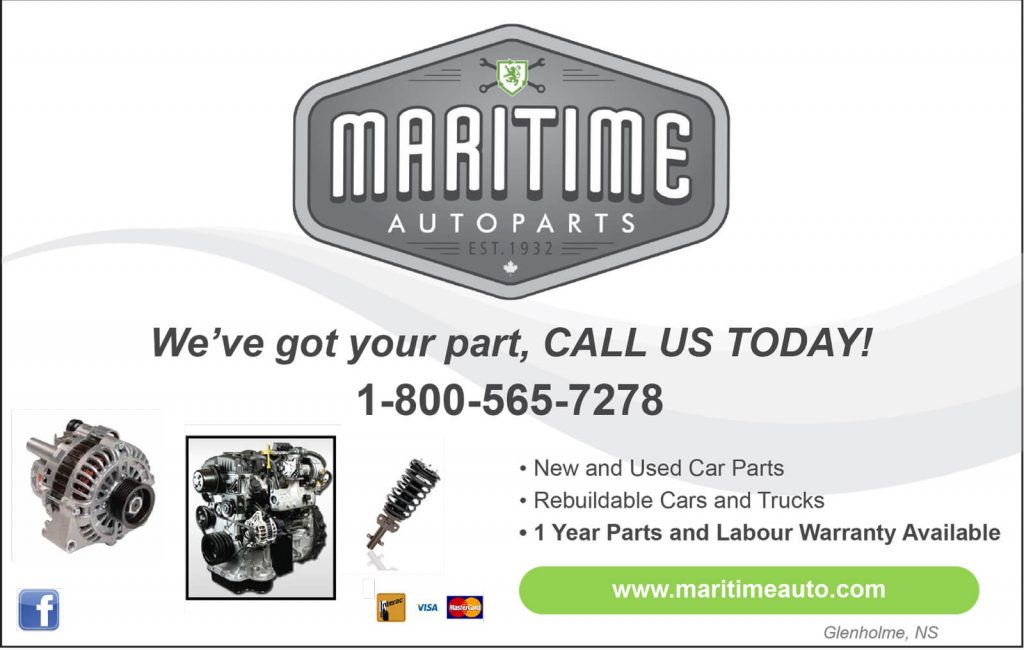