For the progressive auto recycler 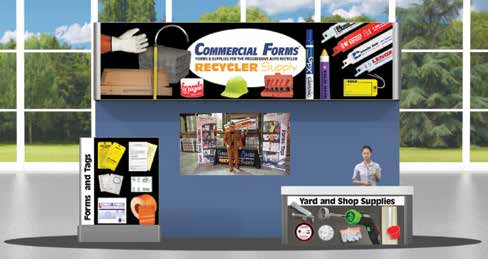 Commercial Forms Recycler Supply (Commercial Forms) has been in operation since 1988 under the leadership of Brian Collins, president and CEO, and for more than 30 years has been filling the need for a single supply source for consumable goods in the automotive recycling industry.

Having worked closely with AutoInfo and Hollander from its inception, Commercial Forms entered the industry as a specialized forms and tags company and worked at building relationships with the software vendors that helped computerize the industry. From there the company has evolved into a centralized source for industry specific consumable supplies, and continues to evolve to meet the changing needs of auto-recyclers, all the while staying true to its business model of “supplies made simple.”

Even through the hardships that 2020 brought on, Commercial Forms powered through and continued to provide its clientele with the same products and services offered pre-pandemic. Collins told us that the approach to business didn’t change much, and that within a week of the pandemic shutdowns being announced, they were able to mobilize remote workstations and enable people to access their network from home.

“Our goal here is to process and ship an order the same day we receive it,” Collins explained, “and for the most part, we’ve been able to maintain that throughout the year.” Looking back on 2020, the year wasn’t all doom and gloom according to Collins, apparently they actually had quite a bit of fun creating the company’s virtual booth at the Automotive Recyclers Association (ARA) online convention. Usually online conventions don’t allow for many creative components, but Commercial Forms found a way to spice things up a bit instead of conforming to standard, static photos.

“We decided to put a little fun and humour into our booth and created a minute and a half video in a used car salesman commercial format, so that when people came to our booth instead of just seeing a couple of static pictures they got this video that popped out at them,” Collins elaborated. “It’s quite funny, I even dressed in costume and we’ve gotten a lot of positive feedback from customers on it as well.”

While the company has no plans to launch any big new programs or business plans in 2021, they do intend to spend more time amplifying what they started pre-pandemic. From a new line of safety products linked to the handling of hybrid vehicles, to introducing new categories into its already expansive inventory list, and even bringing more attention to a new (2019/2020) distribution partnership with Induction Innovations.

“These are some things that we moved in just prior to the pandemic, then all of a sudden a lot of our clients were not operating at the same levels as what they’re accustomed to,” Collins explained. “So we weren’t able to garner as much traction with the new initiatives as we had hoped. Hopefully we will be able to get more traction with those categories once everybody’s back and fully operational.”

As Commercial Forms jumps into 2021 head on, Collins said his hope for the company is to return to some sense of normalcy where the staff can come together again and focus on growing and building the business even further. Rather than focus on how the company might get through the next days, weeks, or months ahead, Collins wants to get back to doing the absolute best for their clients. 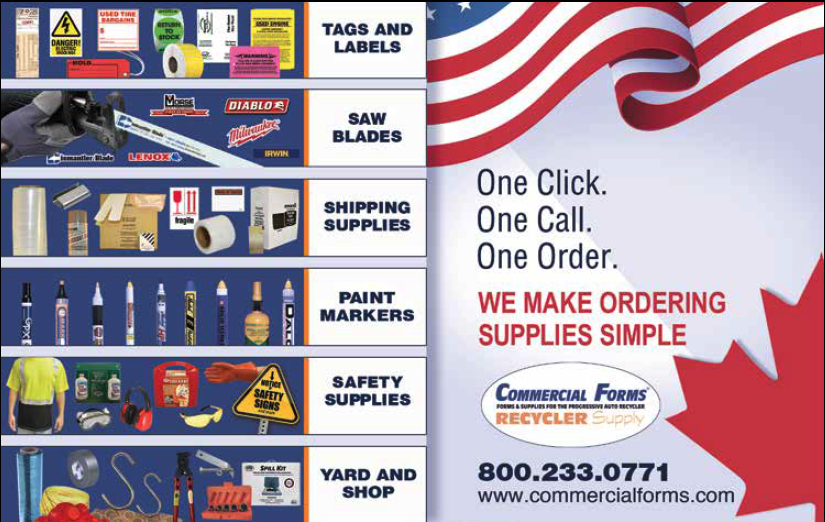