Toronto, Ontario — December 4, 2013 — Standard Auto Wreckers has shown up on television not once but twice in recent weeks. First, co-owner David Gold dropped by CityTV’s Breakfast Television to discuss the use of recycled parts in repair and service, and how they can help hold down costs for consumers. You can see […]

Recyclers to bring expertise north of 60

By Janet Taylor   Scenes like this in Canada’s north could soon be a thing of the past, thanks to a new project by ARC and Summerhill Impact.    Toronto, Ontario — December 4, 2013 — Over the course of the coming year, a group of members of the Automotive Recyclers of Canada (ARC) will […] 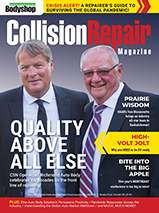